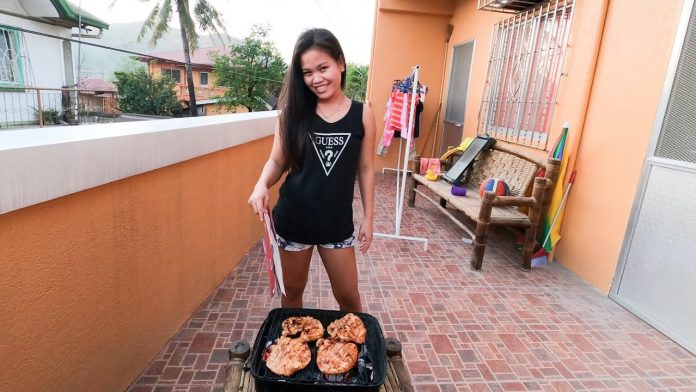 You Have To Meet the Family First

Many girls will tell you that you have to meet the family before she can go out with you. It’s their culture. They will want you to come to their home, do the meet and greet, and then go out on the date.

You will end up wasting all of your time if you give in to the pressure.

Kindly explain to the girl that you want to meet her first, to see if you like one another. Assure her that if everything goes ok on the first date, then you will make plans to meet her family the next day.

It only makes sense. If you have two weeks vacation in the Philippines, you’ve got to use the time wisely. Meet a girl for dinner and if you’re not feeling it, drop her and move on to the next prospect!

Don’t waste time meeting family until you’re sure it’s worth the investment.

Let Her Bring A Cousin On The First Date

The next thing she is going to ask is if it’s ok to bring her cousin, sister, or auntie on the date. Let her bring one of her female cousins.

Make sure she is clear on the fact that you want her to bring one cousin.

Reiterate and verify she’s bringing a female cousin by asking the girl’s name. Be friendly yet sneaky and ask to chat with her cousin for a minute so you can introduce yourself and say hello.

I say these things out of experience. If you merely tell her it’s ok to bring someone, she will bring three male cousins, two aunties, grandma, and four kids. You will end up forking out a hundred bucks and never even get to talk to the girl.

It’s happened to me on so many occasions that I had to adopt some extreme measures to prevent from going broke. If a girl shows up with unauthorized guests, I leave. Right then and there.

Don’t Forget Who You Are

It’s very easy to get caught up into thinking that you have to accommodate 100% of the girl’s culture. I did that in the beginning. I finally realized that it wasn’t fair to me. Now, I tell every girl this:

“Hey, our cultures are very different. Everything has to be 50/50.

If you want someone to conform to all of your customs, then you need to find a local guy down on the basketball courts.”

I’m quite ok with explaining to her and her family that I’m not from the Philippines and therefore, do not expect me to be Filipino.

Once you break it down to them and are firm on it, they’ll start to understand and respect your position. Most guys are weak and conform.

Your girl’s best friend, who is dating a foreigner, has probably tainted her with stories about what the 87-year-old guy did when they first met. Screw that.

Filipinas Are Never On Time

If you tell a Filipina in Manila to meet you for dinner at 7:00 pm, she will not show up until around 9:30 pm.

Here’s what will happen:

You agree to meet at a set time, via texting back and forth. She says that she is on her way to the bus station, so you go to the restaurant to wait.

You keep texting and calling until around 8:30 pm, get pissed off and decide to leave. As soon as you take a shower and get settled in your bed at the hotel, you receive a text from the girl, asking where you are.

Let me explain what actually went down…

Forward thinking is not a strong point of Filipino girls.

They don’t stop to think about the fact that traffic in Manila is absolutely terrible. It’s the worst in the world. That damn bus ride will end up taking three hours just to get from one side of Manila to the other.

The other issue is their lack of communications capability.

I’m talking about their cell phones.

All of the Filipinas I’ve ever dated have two things in common:

So, when your girl gets on the bus to come meet you, she has no load to text you. Thirty minutes later the battery will go dead.

When she gets to the mall she will have to borrow someone’s phone to send you a text.

That’s when you’re already back at your hotel, madder than a smashed cat.

Note: Unless you tell her ahead of time to physically write your number down on a piece of paper, she won’t even be able to retrieve your number without borrowing a charger as well!

Most girls here are not rocking iPhones. They’re still sporting the old Nokia handset that only does talk and text.

Many of them will have a phone with a cracked screen and keys that don’t work.

I was trying to set up a date with a girl one time and she would never respond to the question I asked via text message. She would respond with something totally off topic.

We finally ended up meeting in person and she admitted that the screen on her phone was cracked. She could only see a few characters of the message. The poor girl had to take a guess about what I was asking. She was too shy to tell me that her phone was broken.

The Shyness Factor – Be Accommodating

When the girl and her cousin do finally show up at the agreed upon location, they may be too shy to walk into the restaurant. You will have to get up from your table and meet them outside.

What do you talk about? The easiest topic is family.

Focus on discussing her family and she will be happy. It will also allow you to figure out exactly what you’re dealing with. Maybe you’ve already covered it during months of Skyping, but use the topic of her family as the ice breaker.

Take Good Care of the Girl and Be Fair

When it’s time for them to leave and head back home, make sure you give them money for transportation. Pay the transportation to get there and back, because chances are they borrowed the money to be able to meet you. It’s only fair, no matter how great or terrible the date went. Don’t be an asshole.

If you really like the girl and want to see her again the next day, go to 7-11 and buy some load for her phone. Or, you can just share some of the load from your cell phone.

Invest a Little in the Relationship

I’ve said in other blog articles that you should never send money to someone who you only know online. That’s stupid.

However, when you finally make it all the way to the Philippines and meet a girl in person, the gloves should come off. That’s when you have to start taking chances to see where it goes. At that point, your spending actually becomes an investment in your future.

I’m not saying to try to buy her love by showering her with gifts.

I am saying that if you only have a week with the girl, make it count. Buy some groceries and let her mom cook a nice meal for you and the family. Take the family out to a movie.

If you decide that she is the one, get the girl a proper cell phone so you can communicate with her. If you don’t, she’ll still be humping it over to the comm shop at all hours of the night in the rain. That’s not fair to her.

Make sure you read my other articles on How to Date a Filipina so you’re well prepared.

To mitigate everything I’ve discussed in this post and avoid getting pissed off, here’s the best thing to do:

For your first date, pick a restaurant right next to your hotel. Tell the girl to meet you there at 5:00 pm.

Don’t leave the comfort of your hotel room until 7:00 pm.

If she does show up on time (highly unlikely) and texts you, you can quickly walk next door and begin the date.

Short Trike Ride After a Good Rain in the Philippines

Filipina Wife Has to Wash Clothes BY HAND Because of CHEAP Foreign Husband!!! #BREAKINGNEWS